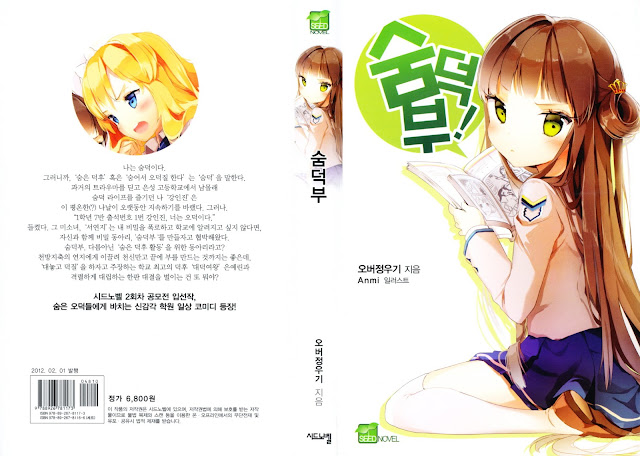 Please do not try the following at school.

In a nutshell: The inception and refreshing story of an illegal high school club for closet otakus.

Introduction
Whether it is in the real world or works of fiction, otakus are everywhere these days. It’s a common knowledge that being branded as one generally brings about unjustified discrimination and severe ostracization from your family, friends and colleagues. This is precisely why some choose to remain as closet otakus, mixing in with the ‘normal’ people and practicing their dark, secret hobbies in private. The story of our book revolves around such kinds, or more specifically, our protagonist and heroine. Now then, let’s see how these two go about their lives in the worst environment to be revealed as otakus.

Story
It’s our main character’s first year in a high school built for the future elites of society, and so far he has been living a perfectly ordinary life of a high school boy— studying hard and hanging out with his friends. He has kept his hobby from being found out by following his self-made “Six Articles of a Closet Otaku”, a set of self-governing rules a closet otaku should adhere to for a flawless double-life. But, of course, the plot wouldn’t have any of this and let our protagonist live a trouble-free life.  Eventually, one day…

He gets exposed by our heroine Seo Yeonji, a schoolmate and fellow closet otaku, who lured him out to a secluded place with a fake love letter. With that event as the starting point, our main characters sets out to create an illegal high school club for closet otakus, and boy do they run into all sorts of trouble!

The Otaku Cast
Kang Injin
No matter how you look at him, he’s your average high school student, but on the inside he’s a closet otaku who suffered from a traumatic experience in middle school. As a character playing the straight man, he’s quick on criticizing and pointing out the absurdities of our heroine and other female cast. He had the misfortune of being uncovered by our heroine, and is now a full-time member of Clotaku Club.  Out of all the cast, he is easily the most, if not the only, earnest and kindhearted character in this book. But make no mistake about it, our main character is as plain as Kyon, which is pretty awesome in its own sense.

Seo Yeonji
A mini-devil with a high-performance V8 engine, she’s the heroine of this novel.  Contrary to her extremely cute and petite outward appearance, her mind is always full of exploitative thoughts and schemes, plotting to take advantage of other people’s weaknesses, like she did with the protagonist.
Her personality is essentially that of a child— rambunctious, reckless, delusional and egotistical. Thanks to that, she has a habit of thinking up ridiculous ideas from time to time and then putting them into action. Despite her character, she is still a maiden at heart. The main reason why she is insistent on creating an illegal school club is so that she can spend time with the protagonist alone. How romantic!

Eun Yelin
A beautiful, well-endowed ojou-sama with blonde hair and blue eyes, like the ones you often see in anime. She’s the school chairman’s niece and the granddaughter of Korea’s foremost electronics corporation’s president. Wielding her family’s power and influence, she does her otaku activities out in the open at school and boldly claims herself as the queen of otakus. In the novel, her “Moe Research Club” that she has been running since middle school clashes with our heroine’s newly created “Clotaku Club”. Although she has a high-handed personality and regal way of speaking, there’s more to her than meets the eye— it’s all an act, down to her hair and eye color, that she does for a personal reason.

Yu Youngseon
A hot, glamorous school nurse...who plays eroge while on the job in the adjacent room in the infirmary, which later becomes the operational center of Clotaku Club. Despite her kempt and mature look, she is extremely lazy and manipulative. Her way of playing eroge is twisted in a way that she plays eroge as an invisible, third-party observer providing guidance to the main character in his romantic relationship with the female cast. Since she is technically the school nurse, her choice for the climaxing h-scenes is always to “do it outside”. What makes her so dangerous is that she is laid-back and calm at all times, regardless of what situation she is in. Also, she is exceptionally good at espionage and pulling strings from the dark.

Sul Yujin
A feminine-looking butler with an unceasing smile. As you’d expect, he excels at housework and pretty much everything else.  He seems to be rather fond of our protagonist, much to his dismay.

Sul  Sukyoung
An impassive battle maid with the combat ability and strength to put a certain robotic maid to shame. She is the polar opposite of her younger brother. The two siblings have been serving Eun Yelin ever since they were picked up by her father many years ago. Needless to say, they are also otakus. 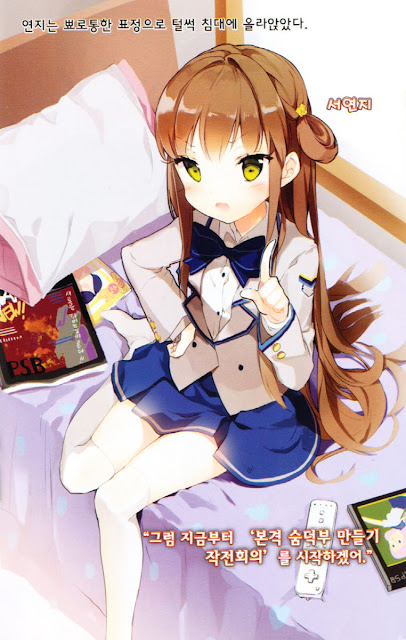 Bearing a sullen expression, Yeonji sat on the bed with a thump. 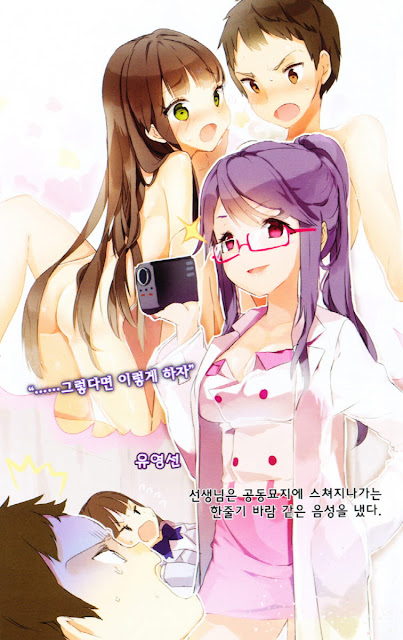 You have been rendered immobile by drugs. GAME OVER. 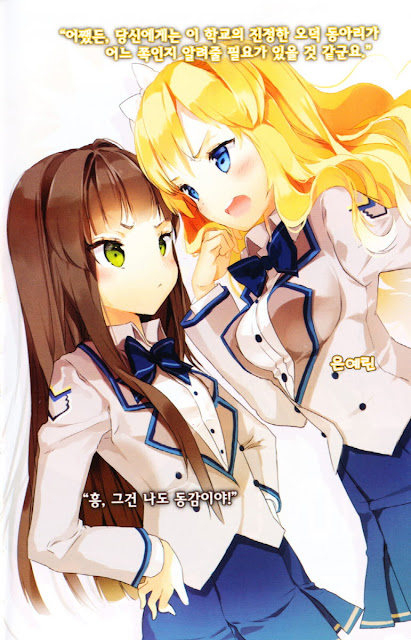 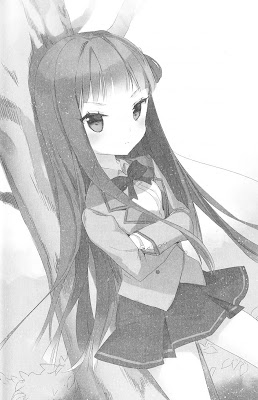 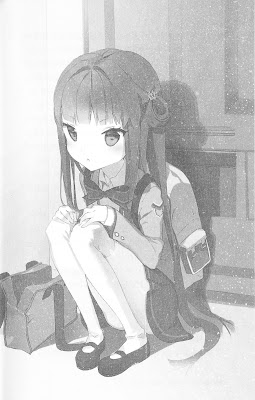 Do not ever make a girl wait for you! No matter what! 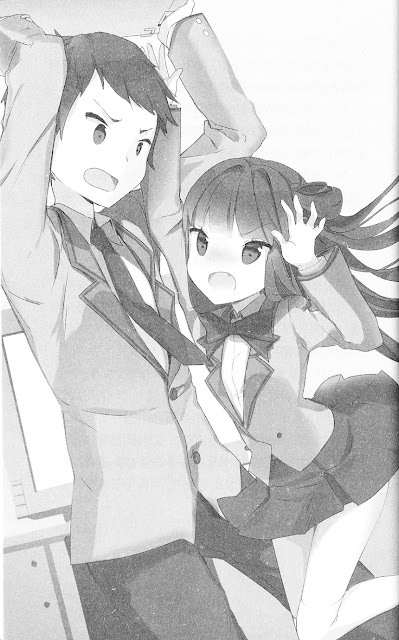 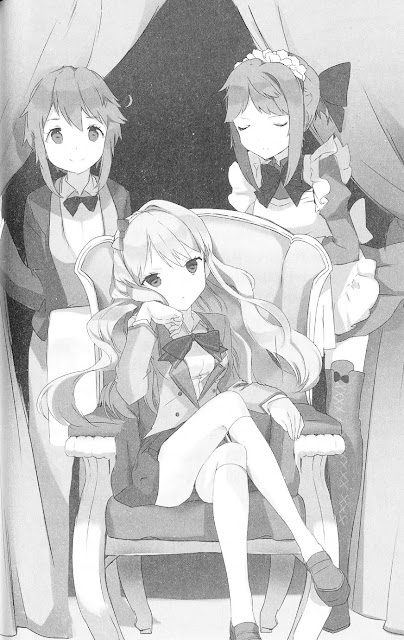 Anmi is well-known for her illustration in a different Korean light novel, The Singlessness of Dark Desires. As you can see, the cuteness and the hint of ero in her art style is to die for. The first volume mainly focuses on our loli heroine Yeonji, so it caters pretty heavily to the DFC fans. No complaints here.

Conclusion
Hmm, what should I say? I didn’t expect the novel to be this entertaining when I first picked it up solely based on its cover. I also had doubts that its comedic element would remain intact until the end, and that it would somewhat delve into the psychological and social aspects of being an otaku in real-life. While my intuition wasn’t entirely off the mark, the novel is a surprisingly pleasant mix of comedy and affectionate parody. Although it’s rather lengthy at times, the dialogue between the characters flows naturally and their interactions are genuinely hilarious, but some of the allusions they make are quite obscure. And just as the author had intended, the story never takes itself too serious and wanders into controversial matters. Honestly, I’m glad that he didn’t, it would’ve been too early for that kind of gravity.

Overall, it’s a definite read for those who enjoy a decent, lighthearted comedy with adorable characters.
Posted by Imoutolicious at 20:14