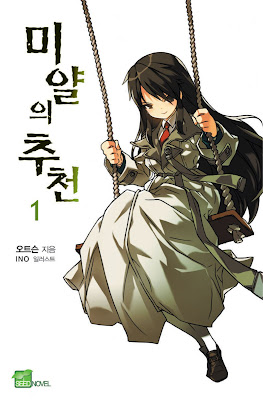 Introduction:
Among the early rookie writers who made their name known through Seed Novel, Otsen was a special case; he was already a well-known Korean fantasy author long before his debut into the light novel genre. He was famous for his unique writing style and his ability to create deep, complex worlds where his stories take place, and Miyal’s Chu-cheon is a good demonstration.

The title is left as ‘Chu-cheon’, because the word is a frequent source of wordplay in the series, via Hanja/Kanji/Chinese. For example, the word first describes Miyal's ability to jump into dreams, then it changes its meaning to describe an 'ugly sky', and so on.

Art:
RESS/INO is a famous artist in Korea, mainly known for doing the early character designs for Elsword and Dungeon Fighter Online. For some reason, he decided to use the name 'INO' for the artwork in the Miyal series. Though, thanks to his unique way of art style, it wasn't too long before everyone realized that INO = RESS. 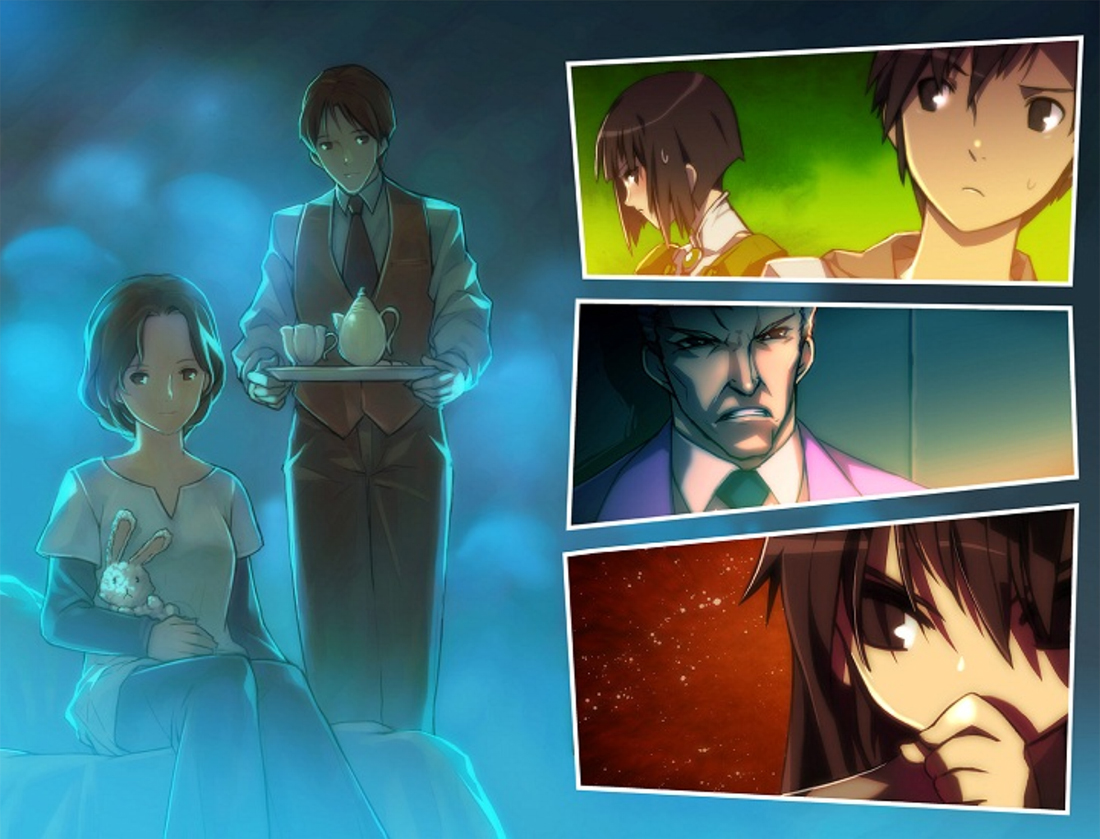 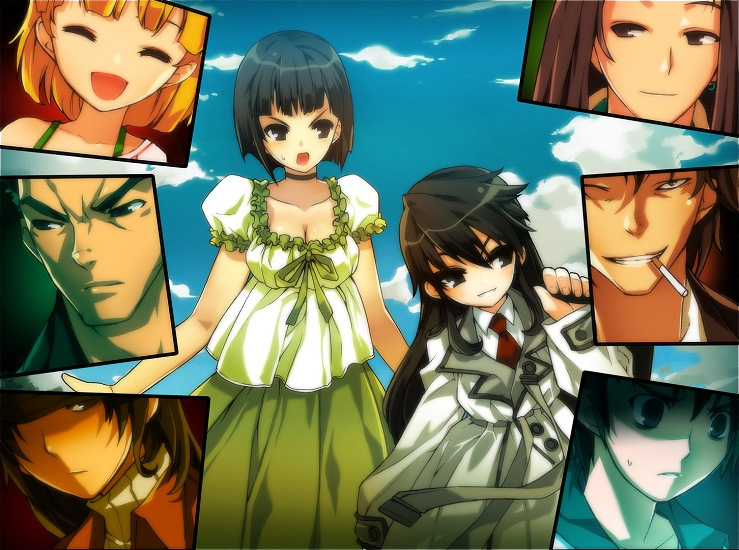 Summary:
The story starts with Min-oh, who is an ordinary, 20-year-old university student. Initially, the only thing extraordinary about him seems to be that he is absolutely unable to do withstand anything that he feels is ‘wrong’ without getting unnaturally disturbed; otherwise, he had been leading a normal life. This changes when, one day, he has recurring nightmares where he inevitably ends up pushing a woman off a cliff. In one of these nightmares, a girl named Miyal appears and stops the dream from continuing. She tells Min-oh that every time a woman is pushed off a cliff in his dreams, a girl in real life suffers the same fate. She then instructs him to meet her in real life so that he may find a way to prevent his nightmares from happening.

Min-oh cannot not defy her; he cannot not shake off the feeling that he would be permitting ‘wrongness’ by not stopping his own nightmares. To his surprise, he finds that Miyal is indeed a real girl. She agrees to give him priceless drugs that prevent dreams, and in return, Min-oh becomes her slave.

The rest of the series revolves around a mysterious item known as the Amahn-parts (roughly meaning 'parts of juvenile dreams'). Initially, it is not perfectly clear what the Amahn-parts are; all Miyal can say is that they are physical representations of people's childhood dreams. As an example of what it does, the first known Amahn-part was discovered by a scientist who found a 'perfectly environmentally safe fuel'. The 'fuel' turned out to be plain water. However, when poured into a car, the entire car changed its structure to become a 'car that runs on water'.

Min-oh feels that such an item should not be available to humans, because it denies the efforts of hard-working adults and it rewards those who do not grow up mentally. He feels that, without a doubt, it is 'wrong' to let those items exist. By Miyal’s side, he gets pulled into a journey to destroy the Amahn-parts, thus a journey to deny people's hopes and dreams. 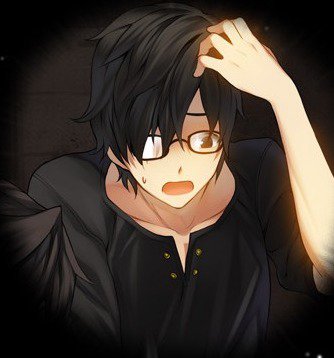 It’s very easy to dismiss Min-oh as a generic ‘average man’ character who exists solely for the readers to connect to him. However, it quickly becomes apparent that he isn’t quite normal; in fact (as a small spoiler), he becomes the reason behind most of the problems in the series. This quality in a protagonist is surprisingly rare in light novels; quite often, the side characters are the source of all events in the story, and the protagonist is merely someone who tags along for the ride. Though that is precisely how Min-oh starts his journey, he most definitely does not continue being a tag-along. He is undoubtedly a great example of a developing character. 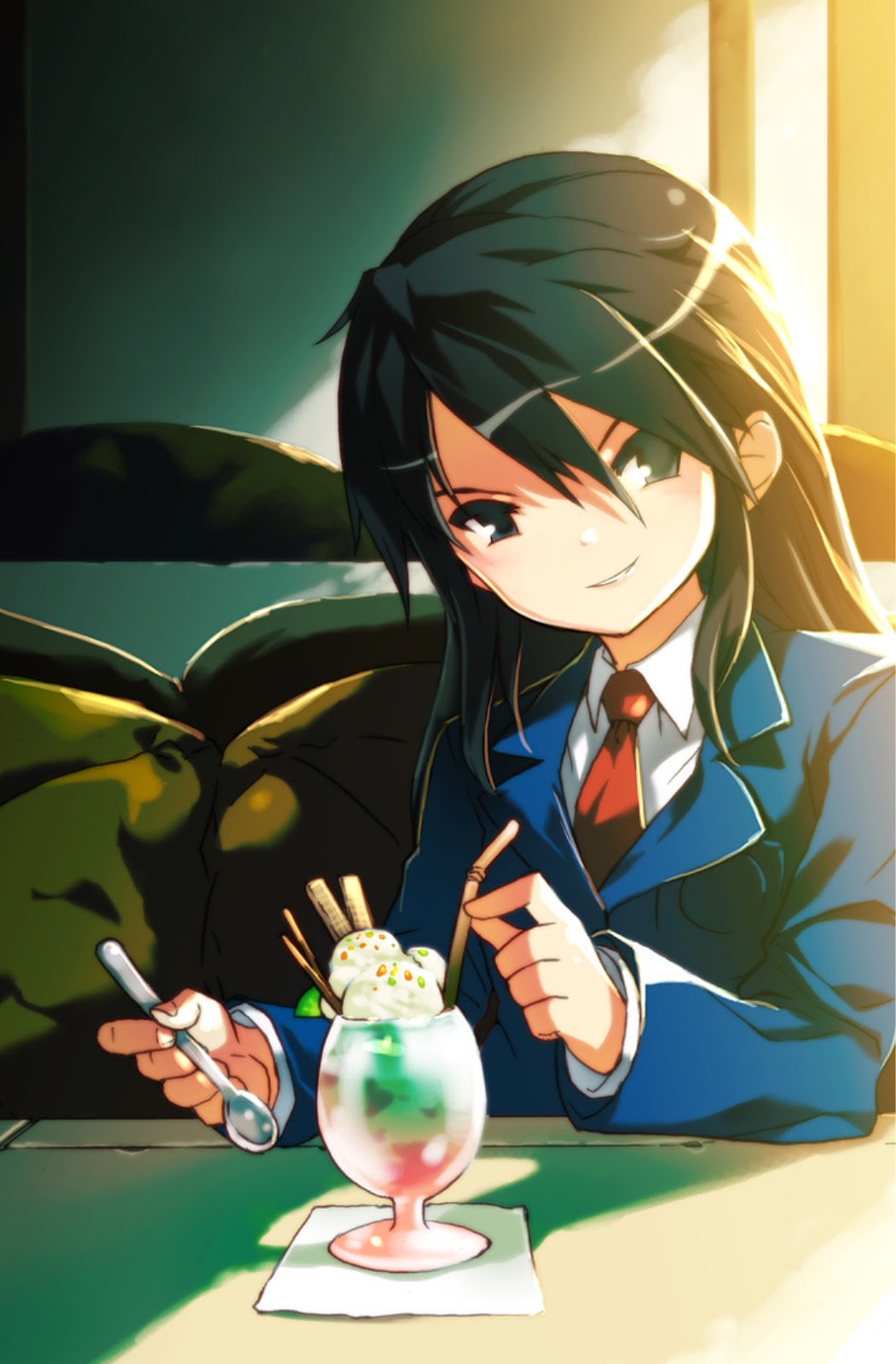 On the outside, she is a 15-year old girl in middle school. Considering how she makes her appearance in the story, however, no one -- the readers and the characters -- believes that she is even close to being an ordinary girl. It’s not of any help that Miyal doesn’t act like one, either; every single thing she does in the series is a far cry from ‘normal’, so that it’s probably easier to count the times when she isn’t doing something extraordinary. How many 15-year-old girls out there are capable of freely entering other people’s dreams, anyway?

For her personality, she is best described as sharp-tongued. She is prone to say things that are completely unfitting for a little girl; she deliberately talks in a way that can only be regarded by everyone as impolite. She makes tasteless jokes, for example, saying that the dream-killing drug is cheaper than her virginity. Even the times when she says something nice, she does it to make someone else angry. To name the most similar character found in this blog, imagine Yeonji from Clotaku Club, except that it is very clear that she has no positive feelings towards the protagonist. If that doesn't explain enough, it would suffice to say that she's an ass.

Review:
The complexity behind the storyline of Miyal’s Chu-cheon is its biggest strength. Every book is a buildup on top of everything that had happened in the previous books. There isn’t a single detail that goes wasted in the series; every seemingly little thing makes a return in a massive turn of events later on. A mention of a 'witch'? Expect that to return frequently in later books. What about that stopwatch in her pocket? It’s an important item in book four. How about the fact that Miyal is a middle school student? It's not even funny how much of the story hangs on that fact. Nothing in the story happens without reason, and so no events feel like they had been forced into the story for the sake of continuing the story. As a result, the author gives the readers the clues necessary to raise and answer questions about the story.

Incidentally, the negative part about the series originates from the same reasons as the good. Because every book relies on the previous events, the readers need to pay attention and remember what happened thus far. Moreover, that also means the very first book can be pretty dull; the book is the starting point in the series, so a huge number of new concepts and terms are thrown at the readers, all of which play a big role in explaining the world of Miyal’s Chu-cheon. Thus, the first book is quite far from a ‘light’ read. It is no surprise that there are people who give up on reading the Miyal series from book one, but it is unheard of that people give up in the later books.

Perhaps the most defining quality of Miyal’s Chu-cheon, which may drive readers away or pull them in, is that the story is dark and tragic throughout. There is never a happy end; at the end of each story arc, though Min-oh may avoid any immediate danger, he always ends up with more things to worry about than before.

If you enjoy fantasy light novels with a complex world with original characters, especially one where everything goes to hell, you will definitely enjoy Miyal’s Chu-cheon.

—Reviewed by Narane.
Posted by Imoutolicious at 16:07