Repressed dreams are made of these. 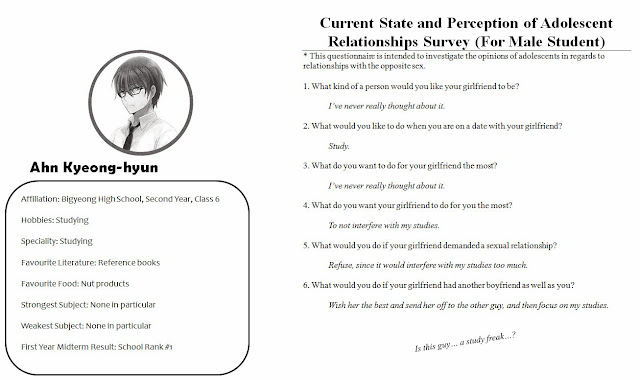 Did you ever like a pretty girl in your class when you were in elementary school?

I believe many men have had that sort of experience at least once. But I’m sure that only a minority of people went as far as to confess their feelings to that girl.

I was a boy belonging to that kind of minority.

The one I fell for was a girl who transferred into my school in fourth grade. Adorned in an airy white dress, she was completely different from the girls in my class that looked like potatoes and pumpkins. To my eyes, she was like a ‘princess’ in every sense of the word, and I fell in love with her in an instant. She was my first love.

Lingering around her, I made efforts to gain her favour. There were kids making fun of me for it but I didn’t care. I erased the blackboard for her on days when she was on class duty, and I always helped her out whenever a teacher gave her a task.

Fortunately, she didn’t show aversion toward those actions of mine. Instead, she smiled and thanked me. Her attitude towards me became more and more intimate, and she even held my hand sometimes when other kids weren’t around.

I was in high spirits. Confident that she liked me as well, I wrote her a letter.

I mustered my imagination, wanting to make a cool confession. At the height of the sunset, I called her out to the classroom.

She appeared before me as I was waiting alone in the vacant classroom, and I confessed to her. With all my strength, a juvenile yet serious confession.

Even now I can’t forget her image; smiling with her white dress fluttering in the fresh breeze coming in through the window.

“Personally, I find boys with poor grades disgusting, you know?”

And even her cold voice.

I don’t remember what she said afterwards so well. She probably said bunch of stuff about academic supremacy that is uncharacteristic of an elementary school student.

My grades were certainly bad back when I was a fourth grader. I always placed second or third last on tests. But I was never scolded by my parents because of my grades, and I didn’t care much about it since I wasn’t dead last.

But apparently that part was fairly unpleasant to her.

It was later on down the road that I realized she was leading me on. While also flirting with other boys besides me, she was being treated as a princess all around.

She must have planned on giving me a vague answer to my confession and use me like her servant even after that. But it seems she was so disgusted by my confession that she lost her self-control and showed her true colors.

That day I asked my sister after I trudged back home if girls liked boys who have good grades.

But my sister scoffed and replied that girls don’t like boys just because of their good grades alone.

She added after her answer unbefitting of a third grader that, wouldn’t it still be better if they had good grades.

I nodded in agreement. I didn’t want to be treated as trash, so I thought I should improve myself at least a little.

That was the trigger.

But over time the trigger became not so important. Studying genuinely became enjoyable, and turned into my everyday life.

That is why the memories of my fourth grade in elementary school are of no particular meaning to my present self. It is simply a bitter episode of my childhood that I want to forget.

The reason why I think I don’t need something like a girlfriend is wholly because it would interfere with my study. It is not because the memory of that time became a trauma.

Yes, it had no influence on me. If it did, rather than that memory, the incident that day would have been…
Posted by Imoutolicious at 14:36